Korey graduated from the Frederick County Drug Court Program in 2008. Since he has dedicated his life to giving back and helping others who struggle with addiction as he once did himself. With 12 years of sobriety, Korey continues to share his journey with the recovery community through several efforts including, but not limited to being an integral part of the Heroin Strategic Planning committee with the Frederick City Police and the Frederick County Health Department and serving on the Frederick County Substance Abuse Council, in which he has served two 3-year terms on. He is also the Founder of the Up & Out Foundation, a local non-profit.

Korey has been recognized on numerous occasions for his work in the community. In 2018, he was most recently given the Touching Lives in Frederick County Award by the Frederick County Chamber of Commerce & the Frederick Nonprofit Alliance. In 2016 he was given the Second Chance DoGood-er Award. Additionally, in 2012 Korey received special recognition certificates from Barbara Mikulski and Benjamin Cardin for his involvement with the Frederick County Youthful Offenders Program. In 2010, he was awarded the Volunteer of the Year Award. In 2009 he was awarded the Special Appreciation Award from the State’s Attorney Office for his work with the Youthful Offenders Program. 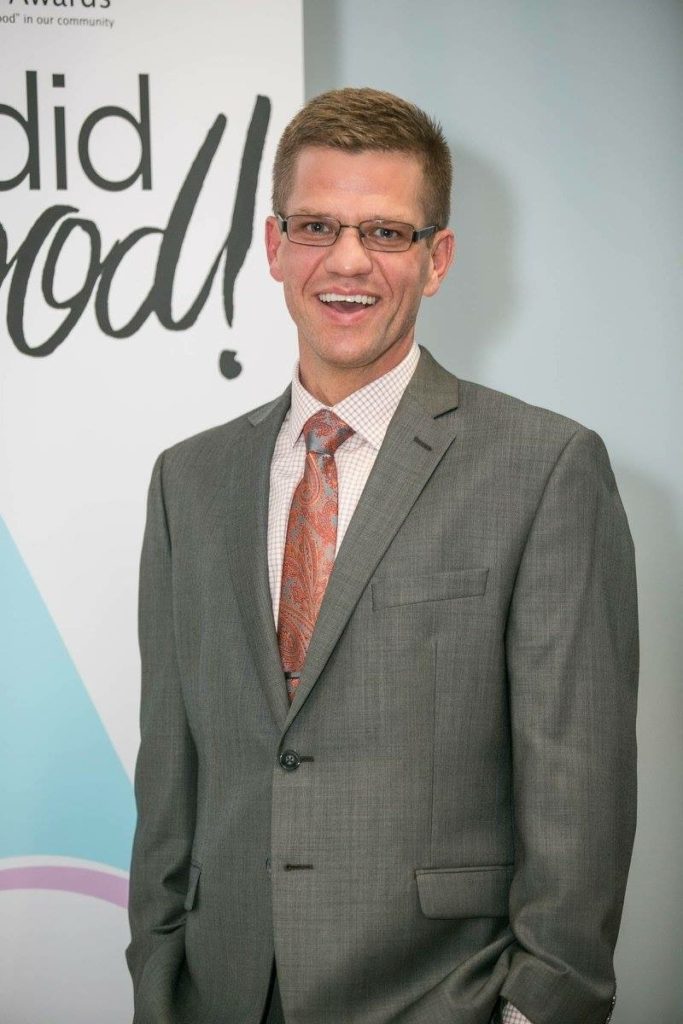 Outside of his recovery community work, he has also dedicated his professional life to helping others recover and showing them that there is a way up and out. In 2011, he began working at the Mount Manor Treatment Center as an addiction counselor helping with family education groups. In 2012, he became Recovery Coach Certified by the Frederick County Health Department, and in 2015, he completed the addictions program at Frederick Community College and went on the get his Alcohol & Drug Trainee Status with the Board of Professional Counselors and Therapists. In 2019 he received his Medication Technician Certification from the Maryland Board of Nursing, and in 2020, he received his associate degree from Frederick Community College. Both his experience and education have afforded him the opportunity to work at the Frederick County Health Department as a Community Health Outreach Worker in the Parole & Probation office. He recently established the Maryland Drug Expert, where he serves as an expert witness on felony drug cases. Korey finds great satisfaction in his daily work as well as his community involvement and is honored to be in a position to provide sober living for men and women that enhances their recovery journey.

Certified Level 2 Recovery Residence
through the State of Maryland

Under House Bill 1411, titled “Health – Recovery Residences – Certification” which was enacted under Article II 17 (c) of the Maryland Constitution on May 28, 2016 and became effective on October 1, 2016, the Maryland Department of Health (MDH) was required to approve a credentialing entity to develop and administer a certification process for recovery residences. Behavioral Health Administration (BHA) was approved by the Department to serve as the designated credentialing entity.”

“Up & Out Sober Living is MDRN approved. Maryland RecoveryNet develops partnerships with service providers statewide and funds access to clinical and recovery support services for individuals with substance use/co-occurring disorders treatment and recovery support needs. All Maryland RecoveryNet service recipients receive Care Coordination through which they can access a menu of services which includes state funding for Halfway House and Recovery Housing, Transportation, Employment Services, Vital Records, Medical and Dental Services, and other unmet needs as expressed by the service recipient and/or as identified by the Care Coordinator. All services are designed to assist recipients in remaining engaged in their recovery while promoting independence, self-sufficiency, and stability
“

Our motto at Up & Out Sober Living

AN ADDICT FELL IN A HOLE and couldn’t get out. A businessman went by and the addict called out for help. The businessman threw him some money and told him to buy himself a ladder. But the addict could not buy a ladder in this hole he was in. A doctor walked by. The addict said, “Help! I can’t get out!” The doctor gave him some drugs and said, “Take this. It will relieve the pain.” The addict said thanks, but when the pills ran out, he was still in the hole. A well-known psychiatrist rode by and heard the addict’s cries for help. He stopped and asked, ” How did you get there? Were you born there? Did your parents put you there? Tell me about yourself, it will alleviate your sense of loneliness.” So the addict talked with him for an hour, then the psychiatrist had to leave, but he said he’d be back next week. The addict thanked him, but he was still in the hole. A priest came by. The addict called for help. The priest gave him a Bible and said, “I’ll say a prayer for you.” He got down on his knees and prayed for the addict, then he left. The addict was very grateful, he read the Bible, but he was still stuck in the hole. A recovering addict happened to be passing by. The addict cried out, “Hey, help me. I’m stuck in this hole!” Right away the recovering addict jumped down in the hole with him. The addict said, “What are you doing? Now we’re both stuck here!!” But the recovering addict said, “Calm down. It’s okay. I’ve been here before. I know how to get out.” – Anonymous 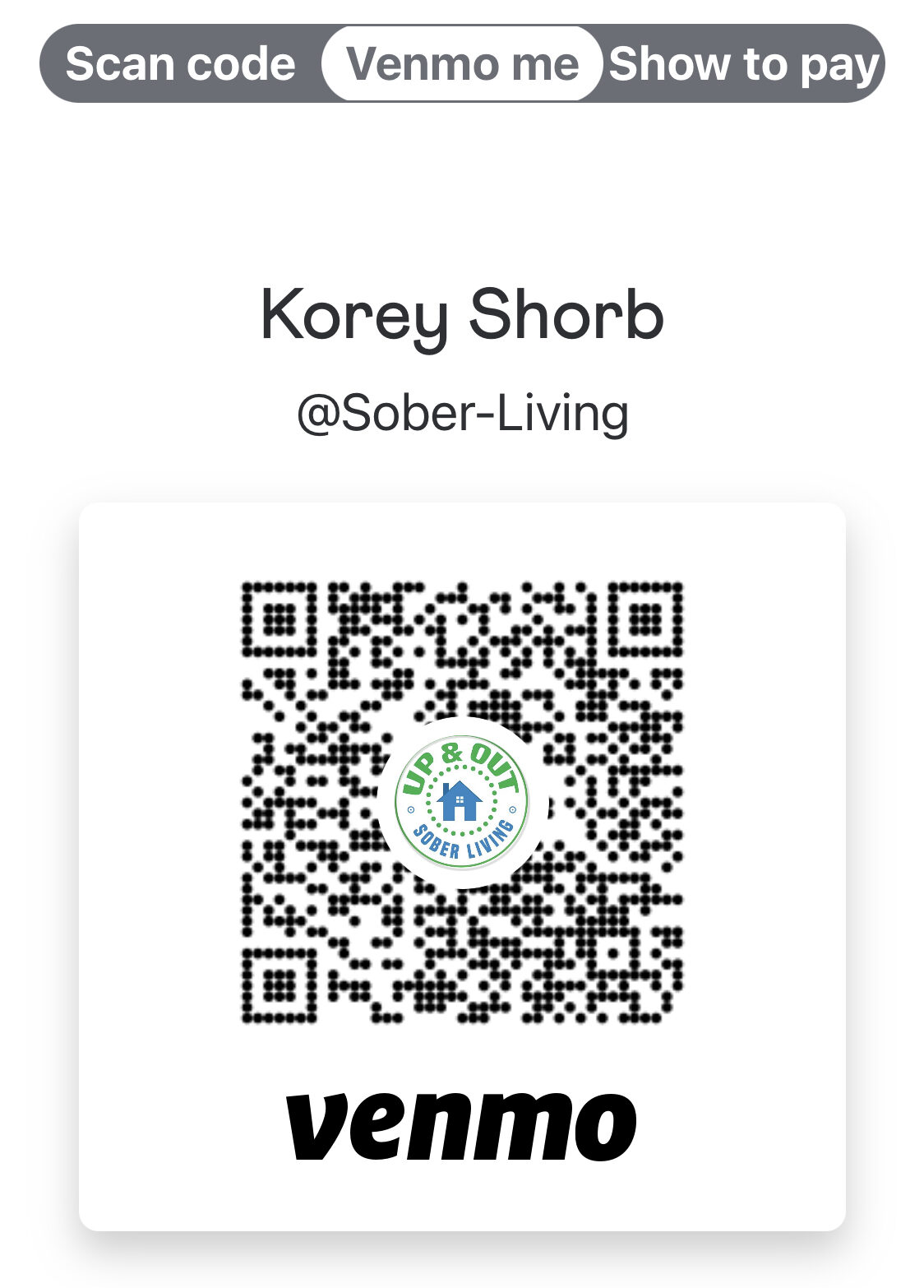 Amber’s father tried to give her a good life, but she felt that the party life was for her.  She started using heavier drugs when she moved out of her parent’s house.  Amber used very heavily for about 3 years. Her sober date is May 23, 2019.  She was accepted into the Up & Out Sober Living, and it gave her a sense of home.

Laura remembers starting to use drugs around 13 and by 15 she was into very hard drugs.  The drugs made her feel whole and did not make her feel less than.  She did the 12 step program in 2009 and was sober for 6 years.  Laura stopped doing the program and started using again.  She had been in 17 treatment facilities and nothing seemed to help her.  The Up & Out Sober Living offered her the structure she needed.

John’s father gave him his beer at his brother’s wake at the age of 10.  He used drugs and alcohol to deal with all emotions in his life.  John’s cycle was to go to rehab, then a halfway house, and then a sober living house.  Up & Out Sober Living made the difference in his recovery.  He is now a house manager for Up & Out Sober Living.

Callum did not have a good home life, and his first drug was Dimetapp that his older sister said would make life better.  After that, he moved on to huffing gasoline and then proceeded to pain medication and alcohol.  In his late 20s wanted to get his life back but was not succeeding on his own.  Up & Out Sober Living provided the structure and focused his mental health,

What we are doing to prevent the spread of COVID-19:

Residents have their temperatures taken upon admission. We clean our houses daily and wipe down all touchpoints. We provide masks, gloves, and disinfectant for our residents. We work very closely with our local Health Department.

Brad starting using drugs during high school and gradually advanced to heroin.  After using heroin for 6 years, he got clean, but then pick up alcohol.  After many rehabs, he realized he needed a new path.

Both of Bruce’s parents were addicts and when his father passed away when he was 14 he started using drugs and alcohol.  He used for about 26 years and reached a place where he realized he was sick and tired of being sick and tired.  Bruce did not know how to live a life without drugs.  Up & Out gave him structure and accoutablilty. 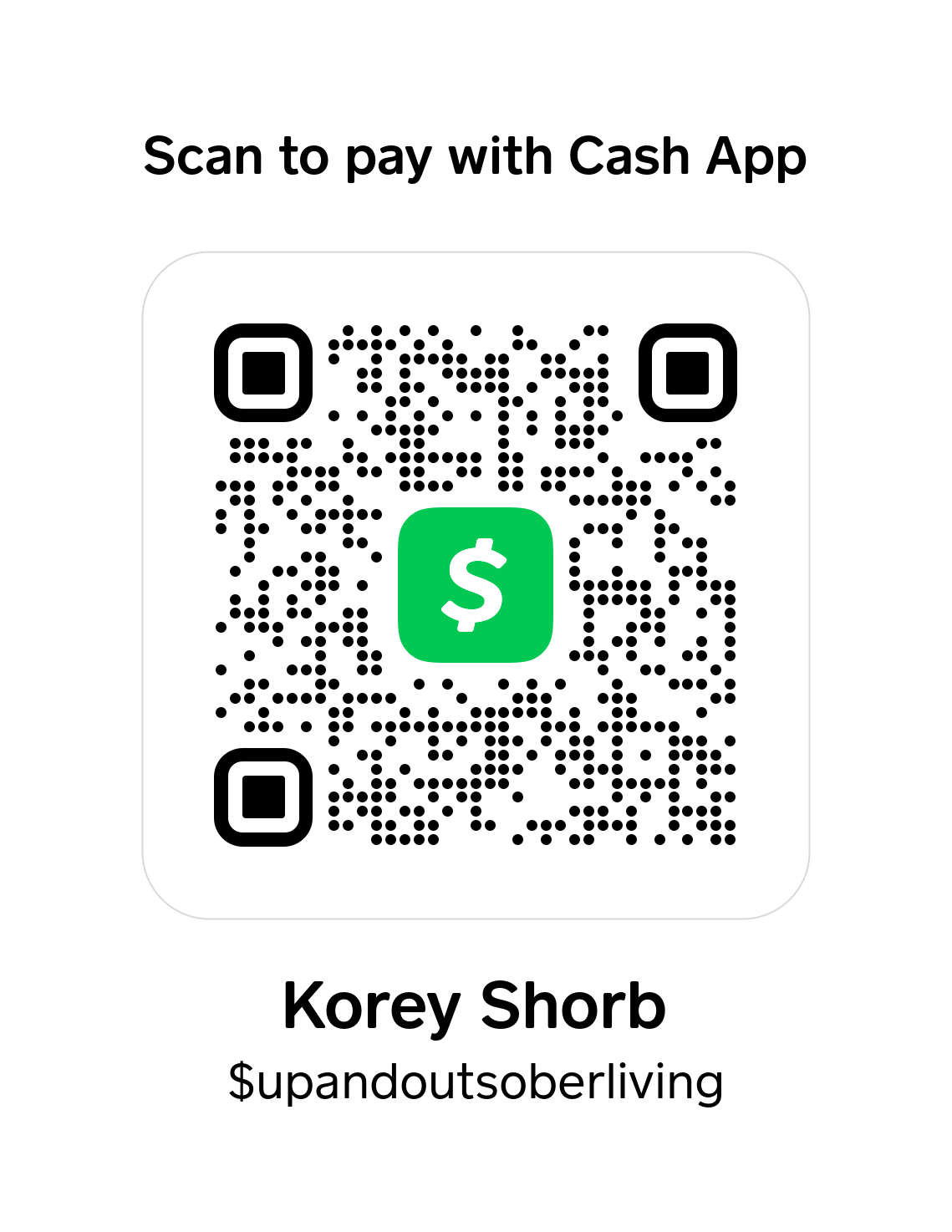